Remember when you first learned of oxymorons in grade school, and you sat in class for the rest of the day thinking of new ones? They’re kind of funny, the irony that exists in a few simple words. Jumbo shrimp. Bittersweet. Deafening silence. Clearly misunderstood. Socially liberal, fiscally conservative.

Identifying as socially liberal and fiscally conservative tells the world “I care about people but not enough to see them cared for on a systemic level.” The key thing that socially liberal, fiscally conservative supporters fail to see is that, in this capitalist global economy, money is the materialization of care. Empathy can only go so far when there are lives at stake, and empathy needs the funding to turn into comprehensive action.

Imagine the American political spectrum as a line, one end labeled “left” and the other labeled “right.” There’s a small rectangle drawn in the middle of the line called “The Overton Window,” marking the moderate viewpoint. This box shifts on the line, and anything within that box, no matter its placement on the line, represents normalized ideas. Anything outside the Overton Window is considered radical. American politics is right leaning, with the Overton Window skewing slightly to the right. For example, the U.S. still does not mandate paid leave for new parents. And universal healthcare, although gaining traction by progressives, continues to be seen as radical. Expanding the social programs of the United States, from the perspective of the right-leaning Overton Window, is seen as expensive, unnecessary, and an infringement on individuality. Those that tout conservative fiscal policy want less government, constantly seeing it in opposition of individual freedom. What’s more American than that phrase: individual freedom? I’d argue one better: systemic change. No matter how well a fiscal conservative convinces themself that they’re socially progressive, it isn’t enough for the wellbeing of all beings if that blockade of American individualism keeps standing in the forefront of American political ideology.

I’ve brought up hypotheticals, oxymorons, and have explained the Overton Window, but nothing helps understanding like an example. So here’s a real issue: The West Coast is on fire. Louisiana’s industrial wasteland nightmare “Cancer Alley” continues to kill the people living there. Florida is experiencing coastal flooding that’s only expected to get worse in the next 30 years.

Climate change isn’t imminent—it’s happening now. With the current rate of global greenhouse gas emissions, the average world temperature will increase by four to eight degrees Fahrenheit in this century alone. The global climate is warming from burning fossil fuels, taking non-renewable resources for free from the Earth. But in life, nothing’s free. The price humanity is paying for extracting and exploiting the Earth for centuries is climate catastrophe. The only way to mitigate climate change predicates on two things: spending money and cooperation. Fiscal conservatism contradicts both. In conservative ideology, money is for the individual, used only for one’s personal gain, while cooperating with any institution larger than oneself—government, usually—devalues the freedom one has to do anything they please. Fiscal conservatism is an ideology for the privileged, the people who remain unaffected by the current disasters of climate change because of their wealth. Fiscal conservatisms assume everyone has access to freedom, but that’s simply not true for people with no financial means to support them.

Fiscal conservatives who are detached from lower-income communities, the people suffering the most from climate change, don’t want to extend the money that would alleviate their burdens. Individual freedom is taken away by a single wildfire, a single hurricane, a single industrial plant, and collective financial aid is the only thing that will reduce the harm, not financial independence. One cannot call themselves socially liberal if they refuse to provide the means to make those socially liberal beliefs a reality.

Because of the Overton Window tilting towards the right, American politics has villainized the Green New Deal for its expensive goals. Even Joe Biden in his presidential campaign has denied association with it. Fiscal conservatism, no matter the political affiliation, is popular because it’s seen as a “moderate” stance when issues come up with a big price tag. However, withholding funding isn’t the absence of action, but a deliberate one. It’s saying to the communities that need funding, “We value money more than your life.” If socially liberal, fiscal conservative ideologs really valued freedom, they wouldn’t be fiscally conservative. What they really mean when they say that they value freedom is not freedom for all people, but freedom for their wallets. 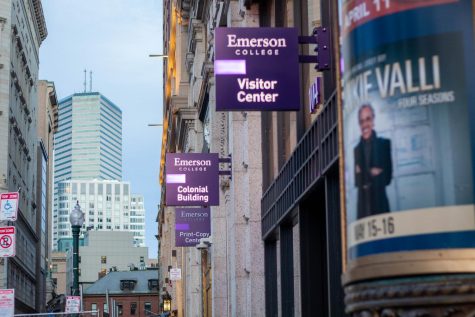 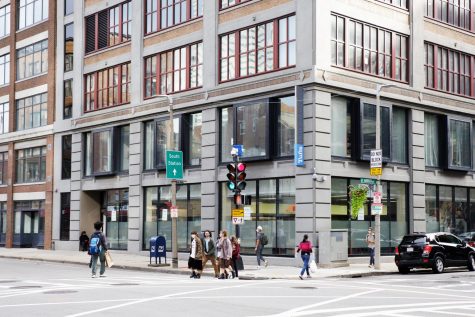 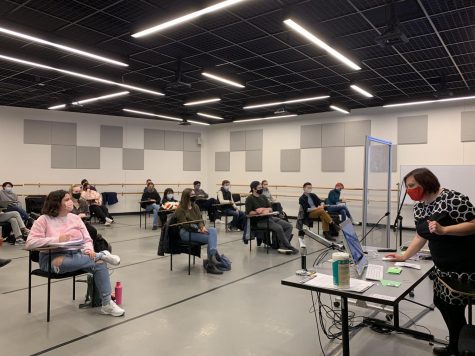