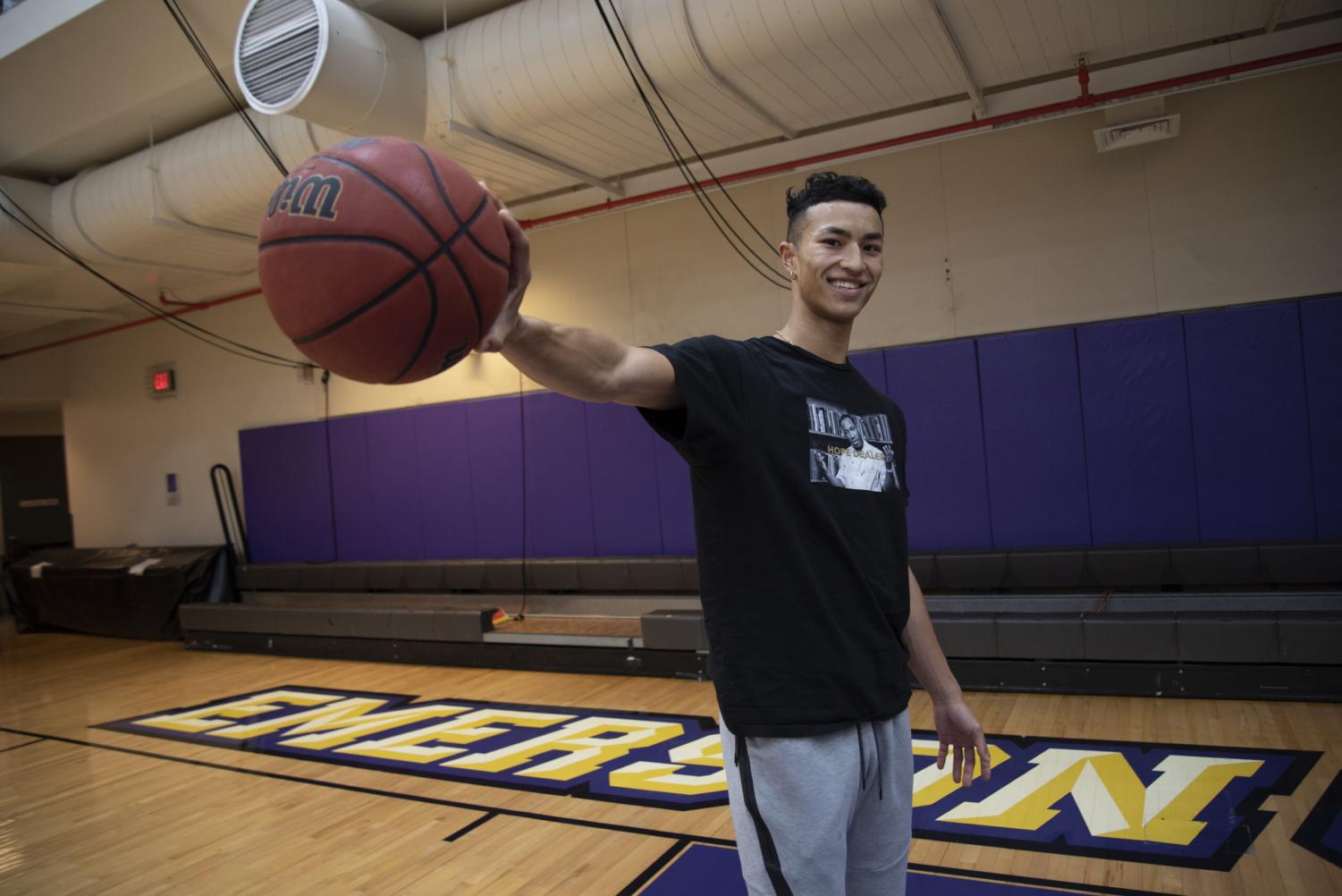 Sophomore Nate Martin palms the basketball with ease in the Bobbi Brown and Steven Plofker Gymnasium on Wednesday night.

Sophomore leading the charge for the Lions

Growing up surrounded by the rich basketball culture of Washington D.C., sophomore guard Nate Martin could not have asked to be raised in a better environment to develop his skills on the court.

Washington D.C. is famous for producing some of the most talented basketball players to compete in the National Basketball Association, with the likes of Elgin Baylor and Kevin Durant raised in the surrounding areas. Martin said former Washington Wizards guard Gilbert Arenas inspired his early development in the game.

“[Arenas] was one of the first players I really saw dominate and score at a high level,” Martin said in an interview. “I always watched a lot of his highlights, and I remember one time I saw him at a gas station, and that was pretty cool because I saw that he was a real person and not just like a TV character.”

Six games into his sophomore season for the Lions, Martin is averaging a team-high 17.3 points per game—including a career-high 33 points on 11-of-18 shooting in a 99-82 win against Pine Manor on Nov. 26. He raised his shooting percentages from 37.8 percent last season to 49.4 percent this season. Martin won NEWMAC offensive player of the week for the week of Nov. 25.

Martin said he used the summer to improve on all facets of his game, from his shot-making to his finishing abilities.

Born in northern Virginia, Martin came from a largely football-oriented family where both Martin’s father and older brother played the sport in high school and college, respectively. But very early on, Martin became attracted to basketball more than anything. He learned to play from his father, as he practiced in the backyard and later transitioned into watching more collegiate and professional basketball games.

Martin enrolled at The Potomac School—an independent K-12 school known for producing college athletes across all three divisions of the NCAA—in kindergarten. He started playing competitive basketball at the age of eight when he joined the Amateur Athletic Union, a nonprofit multi-sport organization committed to developing and promoting sports programs across the nation.

High school basketball proved to be one of Martin’s greatest learning experiences, especially when he met his varsity basketball head coach Levi Franklin.

“[My brother] had developed a good relationship with the coach, and I really liked Coach Franklin,” Martin said. “I felt really prepared when I got [to Emerson] because we do a lot of the same stuff, and it was really high-intensity. [Franklin] instilled a sense of urgency in me playing high school basketball, and he was really hard on me and pushed me in so many ways.”

Martin starred for Potomac as a starter and a two-year captain under Franklin’s guidance. In one season, Martin led the team to a 21-9 record and graduated as one of its most successful players.

Although Martin spent the bulk of his time playing basketball, he remained unsure whether he wanted to continue playing in college. He ultimately decided to continue after meeting with Emerson men’s basketball head coach Bill Curley, associate head coach Jack Barrett, and guard Geoff Gray ‘19.

“I don’t know if I talked to [Martin] much before that, just text and email,” Curley said in an interview. “I saw a video of him playing and loved his size and what he’s able to do on the court. He’s just very versatile with great size, and he just had something electric about him that we really liked.”

Martin arrived at Emerson in fall 2018 as a marketing major alongside seven other newcomers. Upon meeting Martin for the first time, sophomore guard Trevor McLean described him as a hard-working player.

“I knew from the start that he always wanted to work out with me,” McLean said in an interview. “He always wanted to get in the weight room with me, so I just knew that he was a sponge for basketball knowledge, and he’s a hard worker.”

“He’s one of those guys that scare you because he doesn’t say much,” Curley said. “But he’s sitting there watching, and then when you talk to him, he really knows what’s going on.”

Martin became a key player for the men’s basketball team in just a season and a half. In his freshman year, Martin started 10 of the team’s first 12 games but suffered a quad injury on Jan. 2 against the United States Coast Guard Academy. Martin missed five games before returning on Jan. 23 against Babson College.

“Even when I came back, I was still not 100 percent,” Martin said. “That was tough because I’ve never been hurt before. But I still came back pretty strong, and I didn’t really have much of a dropoff.”

For the last 11 games of the season, Martin came off the bench and helped the Lions win the New England Women’s and Men’s Athletic Conference championship and secure their first-ever NCAA Tournament bid.

“Last year, we had a special team, and I just wanted to do what I thought would help the team,” Martin said. “So I was just contributing with defensive energy, doing the little things like giving our team a boost so we can win games and win the conference.”

Martin hopes his desire to become the best player he can be will ultimately benefit the team in the long run. As he aims to change the culture around the basketball program, he is also focused on the team’s well being and chemistry both on and off the court.

“As a team, I just want to win a lot of games,” Martin said. “When I got here, there wasn’t really much of a winning tradition, but winning a championship last year, it seems like something’s started. I want to keep the ball rolling and have a close relationship with the other kids in my class, like Seif [Nabulsi], Trevor [McLean], Zach [Waterhouse], Jarred [Houston], and Jake [Peters]. I want to leave the program better than I found it.”

Martin is known to teammates, coaches, and friends as someone easy to connect with off the court. Curley said his great sense of humor makes him enjoyable to be around. McLean similarly added that he shows a funny and caring side.

Martin expects his passion and dedication to basketball over the years will pay off—whether it will result in a professional basketball career or a career within the sports industry.

“Hopefully, I can do something around basketball,” Martin said. “If I have a successful career in college and I have the opportunity to play professional basketball, then I feel really blessed and lucky to have that opportunity. Even if I don’t end up doing that, I think staying on sports would be really cool and something that will make me happy.” 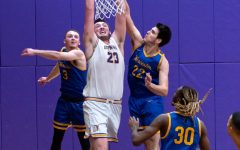 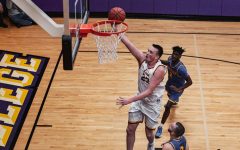 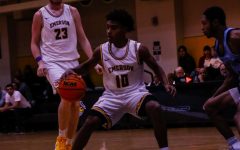 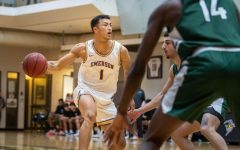 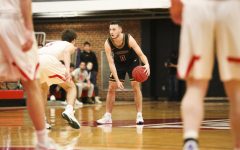 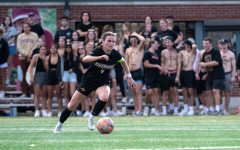 Women’s soccer’s first All-American on her time at Emerson, growth, and more 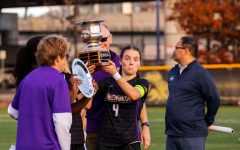 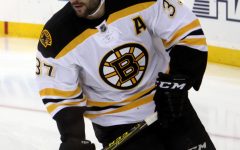 Bruins on Boylston: Why you should doubt the Bruins’ strong start 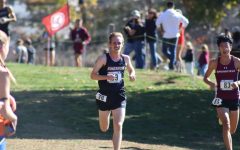