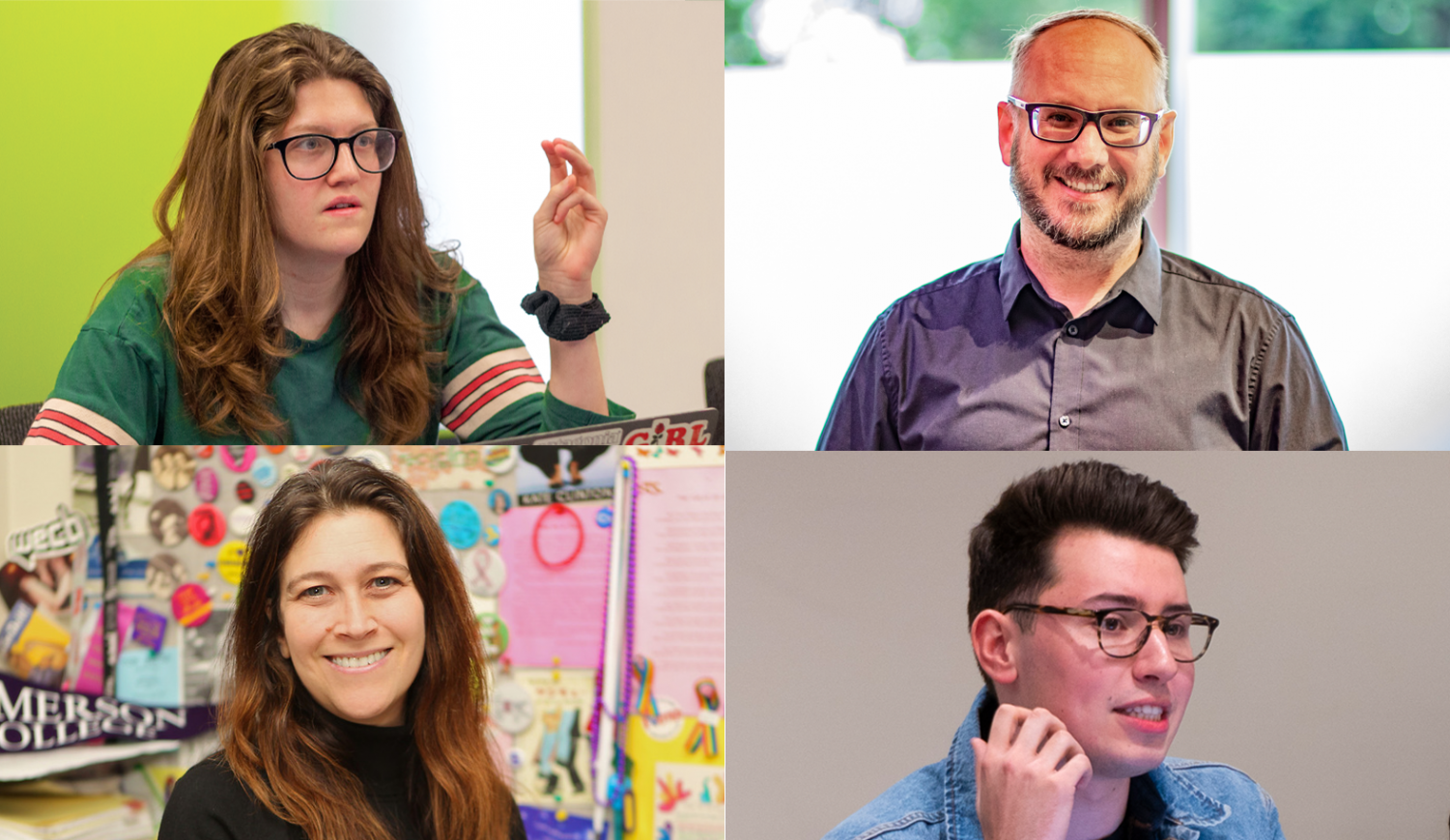 An examination of the recent execution of SGA’s election policies revealed a systemic, and at times purposeful, failure to adhere to elections protocols—exposing much of its executive membership as illegitimately elected and the oftentimes vague framing of the constitution.

The string of oversights effectively delegitimize the results of the spring and fall 2019 general elections, which determined the entirety of SGA’s current membership, including the executive board and Executive President Will Palauskas.

While it is unclear whether or not members of SGA were aware of the constitutional oversights during the time of the fall 2019 general election, former Chief Justice Brilee Carey claimed SGA was fully aware of an oversight previously reported by The Beacon.

In an article published Feb. 6, The Beacon reported that Executive Treasurer Abigail Semple is illegitimately holding her position as she did not meet the constitutionally outlined qualifications for the treasurership.

Article VII Section II Point E of the constitution states that in order for a student to run and hold the position of executive treasurer, they must be enrolled in at least 12 credits at the college for the duration of their term.

Semple is currently only enrolled in eight credits, rendering her ineligible to serve as the executive treasurer.

Carey said she brought a concern regarding Semple’s eligibility to the organization’s former advisor Sharon Duffy when she was the chief justice at the time of the Spring 2019 election—when Semple was elected. The issue caused a rift within SGA, Carey said, but the organization chose to move forward with Semple still in the election, despite her violation of the constitutional requirements for her position.

When asked if Semple’s failure to meet the appropriate qualifications of the executive treasurer position were grounds for impeachment, Carey declined to give a definitive answer, but said the violation was serious.

Former Advisor Sharon Duffy, who played a key role in overseeing the spring 2019 election, could not be reached for an interview over several weeks, but said in an emailed statement that the elections were carried out in the best interest of the student body.

“Since their constitution has been updated so many times over the years—which is totally normal—and there are so many versions of it floating around, with some articles being conflicting, running an election can be challenging, but I believe SGA does it best to operate in the best interests of the student body,” the statement read.

The fall semester’s general election results, provided to The Beacon by SGA advisor Jason Meier, show that none of the members elected last semester, including Palauskas, met the 50 percent threshold for eligibility laid out in the constitution.

Article VII Section III Point A of SGA’s constitution establishes the need for each candidate to receive a simple majority of total votes cast in the election in order to assume office.

“To be elected, all candidates must receive a majority (>50%) of all votes cast in a general election of the entire Emerson College undergraduate population,” it reads. “In the case that there is no majority, another election must take place within five (5) school days between the two candidates receiving the highest number of votes in the first election.”

Palauskas, who organized a last-minute write-in campaign for the presidency after the two originally slated candidates suddenly dropped out, received 129 of the total 517 votes cast in the election—just 25 percent.

Ariane Ivanier and Lily Fitzherbet, who were declared winners of the race for president and vice president of the class of 2023, received 161 and 163 votes respectively—around 30 percent of the total vote.

Connor McNinch and Thomas Coughlin, who were elected to the positions of class of 2020 vice president and Visual and Media Arts senator, are also implicated in the mishandled election, both receiving less than 20 percent of the total vote.

As all members elected in the fall 2019 election were deemed legitimate by SGA’s leadership despite the oversight of Article VII Section III Point A, no secondary elections were held within five days of the first, another violation of SGA’s constitution.

Meier, who is new to the role of advisor as of this semester and played a key role in administering the December election, contested The Beacon’s interpretation of SGA’s constitution in an interview last week, saying that Article VII Section III Point A refers to total votes cast in each individual positional election.

“The way I interpret the votes, knowing the system, I’m really confident that [Palauskas] got 52 percent of the votes of the people who voted for president,” he said. “That’s the best I can do.”

The Beacon also identified an elections by-law that SGA violated during the fall 2019 elections related to the dissemination of election results. Constitutional by-law 304, Section 6 dictates that all elections results must be released to the public within two days of any SGA election.

Fall 2019 results were not posted until the beginning of the spring semester, nearly a month after they were required to be released.

Meier, who eventually acknowledged the constitutional oversights, said the election was still executed with fairness.

“I honestly believe in the nine years that I’ve been here that every election I’ve witnessed has been done with ethics and integrity,” he said. “I truly believe that these elections have been run with integrity and fairness.”

In an interview with The Beacon, Meier and Palauskas made clear that the oversights should go unpunished, and act as lessons for future elections.

“I think it was a prior constitutional flaw that moving forward isn’t going to happen anymore,” Palauskas said. “I don’t think there was any intentional malice behind any of this. I don’t think anybody ever said ‘Oh, let’s just go and break the constitution right now.’ People just probably weren’t really reading the lines close enough.”

While it is clear SGA knowingly violated its own constitution, the fallout remains unclear. There is no section of the SGA constitution or by-laws that specifies what should happen in the case of mishandled election practices after it has already been ratified.

Chief Justice Joseph Johnson, also acknowledging the constitutional oversights, told The Beacon in an interview late Wednesday night that the oversights are symptomatic of larger problems with the constitution, which he said is outdated and full of vague language.

“The constitution is flawed,” he said. “There are some very vague moments inside the Constitution—sometimes it’s not really as cut and dry. It’s honestly outdated; it was written in 1999.”

SGA began the process of overhauling their constitution and by-laws in their Joint Session meeting Tuesday, a process that will likely continue throughout the semester.

“We’re examining how the constitution works currently,” Palauskas said. “It’s really important that we just hold ourselves to a certain standard—that we do the best we can now knowing what’s happened in the past.”

But Carey, who spent much of the Spring 2019 semester workshopping SGA’s constitution, cautioned against large-scale changes to the document. 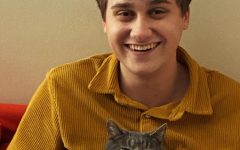 Andrew Brinker graduated in 2022. He previously served as the paper's news editor, directing coverage of Emerson's response to the COVID-19 pandemic. He's also worked as The Beacon's Deputy Express Editor, Senior SGA reporter, and Assistant Enterprise Editor. Brinker is a working freelance journalist. He dearly loves his cat Mittens, learning to cook, soup dumplings, and walking the city of Boston. 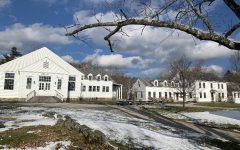 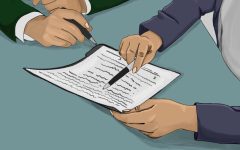 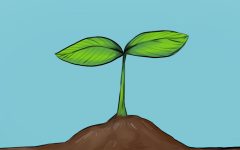 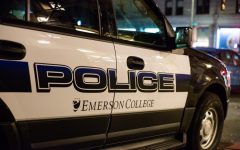 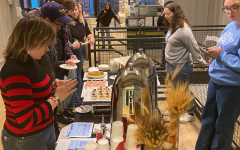